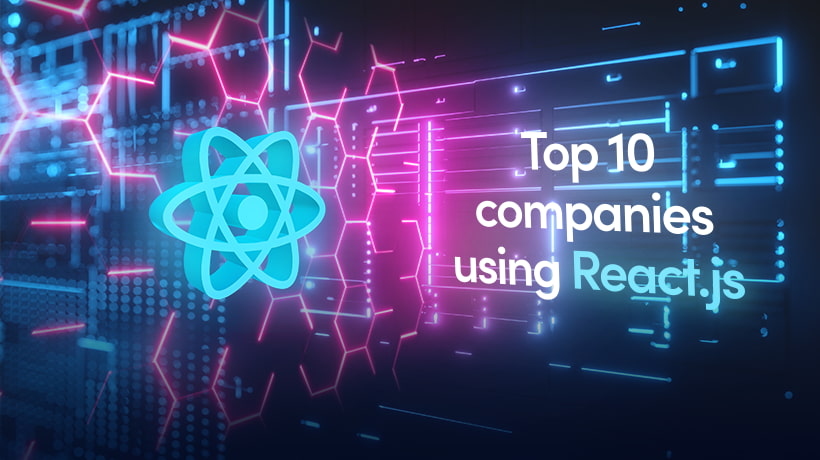 Nowadays, the increased consumer demand and expectations are basically forcing developers to create better and more intuitive websites. It’s all about the user experience when it comes to browsing websites.

One such technology is React. React, also known as React.js, or simply ReactJS, is a free and open-source JavaScript library for front-end development. Its main purpose is to help web developers build user interface components and can also be used for creating single-pages or mobile apps.

React was created by Jordan Walke who is a software engineer at Facebook. The React framework was first used on Facebook’s newsfeed back in 2011 and then implemented on Instagram a year later.

But why should you use React in the first place? There are many reasons you should consider React, but here are a couple of reasons why experts use React in 2021 to help you understand its true potential.

React is one of the easiest frameworks to master. There’s always a dilemma among web developers regarding which library or framework to use. If you’re already familiar with JavaScript, then React should be a piece of cake to master.

Even if you had no experience with JS before, React’s simplified design should help you catch on very quickly. Before you know it, you’ll be building things using React.

Another important reason React is so easy to master is that there are numerous guides and walkthroughs created by React’s community of developers. The experienced developers will help anyone who is just starting to learn React and teach them everything they need to know.

2. It has reusable components

Reusability is one of the major advantages of using React. Therefore, components in React are basically independent bits of code that can be reused again if needed.

In other words, you can use the same component you have developed in other parts of your app. You can then use wrapper components to build an additional structure around your base component.

It makes front-end development more seamless, which is why many companies that specialize in website development from Chicago oftentimes leverage this method.

By adding inputs to your components and they will return a rendered HTML element. These elements can be used as primary JS functions for your website UI.

As mentioned before, it’s all about the user experience when website browsing is concerned. That being said, a UI that’s lacking in any way will only frustrate users to the point of them bouncing off.

Fortunately, React allows you to bridge these gaps and create both rich and seamless user interfaces. The way React does this is by creating a copy of the DOM (Domain Object Model).

These copies are called Virtual DOMs and they manage changes that occur in the HTML code. This makes web applications much faster and more responsive because the DOM can be updated quickly and efficiently after every change.

Today, the increased demand for functional websites and innovative features is at an all-time high. Developers have their hands full with creating features users want. However, creating such things is demanding and time-consuming.

Oftentimes, it’s quite difficult to keep up with the demand. React helps out with this issue immensely by improving development speed. We’ve already established that React uses reusable objects, which can significantly boost development speed.

However, React also has an abundance of developer tools that can further boost development speed. Experts in web development from NY find these tools to be very useful when creating amazing website features for their clients.

5. React has a large community

React is completely free and open-source software. Due to its high functionality and simplicity, it managed to attract quite a large community of developers and experts alike. These people work hard to make React even better than it already is.

Moreover, these people don’t just engage in creating updates, fixes or patches. They also create video tutorials, blog posts, how-to guides and tons of other content that can help out both new and existing users.

If you run into any difficulties while using React, the community will be glad to help you out if the answer to your issues hasn’t been posted yet.

React also allows developers to create mobile apps using the React Native feature. This is an efficient mobile framework that leverages React concepts to create applications for iOS, Android, Web and other systems.

Instead of leveraging apps like WebView that enable mobile devices to display web content, React Native uses HTML and JS to create cross-platform applications that are hybrids in design.

Furthermore, you can push instant updates using Virtual DOM so that users won’t experience any delays or inconveniences. React wasn’t always able to do this.

In fact, the Native feature was introduced with the 2015 update, which only proves that React keeps evolving with the help of the community that intends on ensuring this framework lives on.

Unlike other frameworks, such as Ember or Angular, React doesn’t implement any MVC (Model-View Controller) or MVVM (Model-View View-Model) architecture, meaning these are not mandatory. It’s up to the developer to choose which architecture is ideal for their applications. That being said, React’s only priority is View/UI layer using a component-based structure.

Companies that leverage creativity for their design concept find this flexibility quite welcoming. React does, indeed, have support for the Flux architecture that Facebook uses. This is completely optional, however, and developers can use it if they have the need for more structure in their web applications.

Therefore, any changes made directly to the child components will affect neither parents nor other sibling components. But why is this important? Rendering data into the DOM can cause major issues, such as performance overhead, for example, if the process isn’t followed correctly.

With the help of unidirectional data flow, the data is moving from top to bottom accordingly and changes are transmuted throughout the entire system. When modifying an object in React, it will automatically alter valid details, making the code stable. This makes debugging much more efficient.

React quickly became one of the most popular JS frameworks for front-end development. Just because Facebook maintains React doesn’t mean that its popularity belongs to the brand behind it.

React is actually a very viable and practical framework with a lot of features and tools that make it even more seamless to use.

Moreover, React’s robust ecosystem makes it more flexible, meaning it can also be integrated with other development systems and tools. That’s why many experts use React in 2021 and will most likely continue to do so in the future.

Ellie Northcott is a long-time marketer, currently working as a freelancer in Miami, Florida.

Editor at Digital Strategy One.

She is also a passionate writer and loves to explore new, innovative and digital news.

In her spare time, she is an eco-activist.