StradVision blazing trails in augmented reality, the next frontier in ADAS and AV innovation 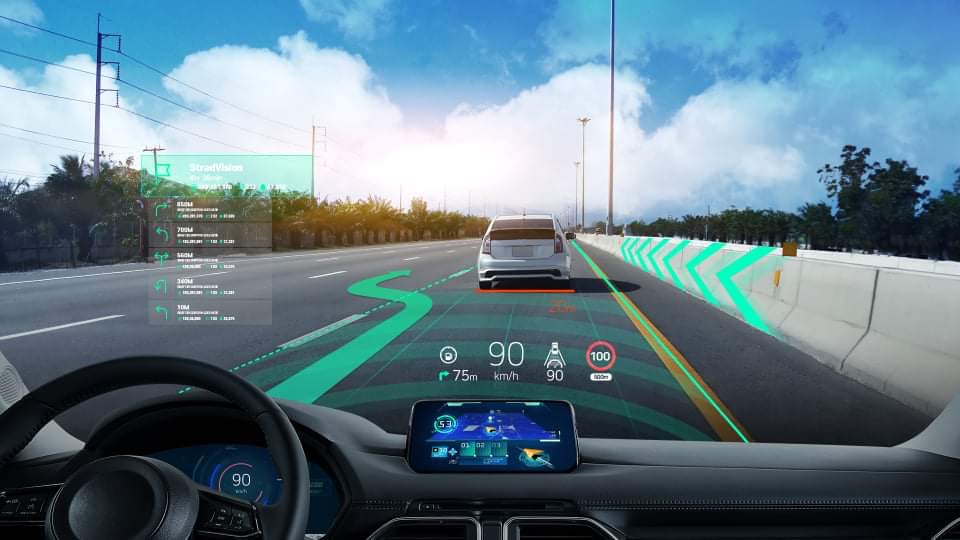 Augmented reality (AR) technology is emerging as one of the top Autonomous Vehicle industry trends, and StradVision — a leader in AI-based camera perception software for AVs and ADAS systems — has emerged as one of the key developers of this advanced technology that will improve safety for drivers as it makes its way into more vehicles.

AR has been identified by industry leaders as one of the core features of the most advanced and safe driving experiences, so this technology will be extremely important as we move closer to the arrival of true Autonomous Vehicles.

The goal of most automotive technology is to make cars safer for drivers, passengers, pedestrians, cyclists and animals — which is why AR is becoming an essential part of new vehicles, often in connection with either Head-Up Displays or center screens. AR helps to improve driver perception by overlaying digital objects on the world around us.

StradVision has been focusing in 2021 on the advancement of AR solutions — extending its collaboration with various OEMs, automotive parts suppliers and system-on-chip manufacturers worldwide to incorporate AR technologies into day-to-day driving lives.

“Industry leaders have recognized that strong road safety for drivers, passengers and pedestrians can be improved through features such as augmented reality, and StradVision is excited to be at the forefront of this technology,” said Junhwan Kim, CEO of StradVision. “Our latest partnerships will only further improve these technologies and get them to a wider audience, which will improve safety worldwide. These are exciting times for the industry, and StradVision looks forward to playing our significant role in keeping people safe.”

The technology StradVision will implement with the OEM is focused on improving visuals for the lineup’s center screens, and the OEM’s full lineup of cars, CUVs and SUVs will feature the technology from this collaboration. The augmented reality technology will be powered by StradVision’s SVNet software, which powers an enhanced depth-map solution, semantic segmentation, and lane detection.

These solutions are able to solve issues related to In-Vehicle Infotainment systems, including:

Per the agreement between the two companies, StradVision will provide its perception software to enable AR features, provided by the latest machine learning technology and convolutional neural network-based algorithms.

AR technology has the ability to overlay graphics that can interact with real-world objects while leveraging vehicle sensor data while driving. Drivers can obtain information about road conditions or potential hazards in a more intuitive way. This is easier, faster, and more efficient than the existing traffic lights or other vehicle lights and sounds.

It also allows for smoother delivery of navigation information by using computer graphic objects, such as animated arrows, at the exact point where a change of direction is required. In addition, AR cueing can make a significant difference in preventing unexpected situations on the car’s path.

In comparison with other companies in the field, StradVision ranks only behind Waymo and Mobileye in terms of total number of issued patents, and has a quicker average time spent on issuance of these patents. Other competitors — including big names such as UBER, Lyft and Zoox — trail StradVision in terms of number of patents issued.

StradVision’s 140 U.S. patents also have extremely short average time spent on Issuance,  acknowledging that the U.S. Patent and Trademark Office quickly found no reason for rejection. So it’s not just about quantity, it’s about quality innovations.